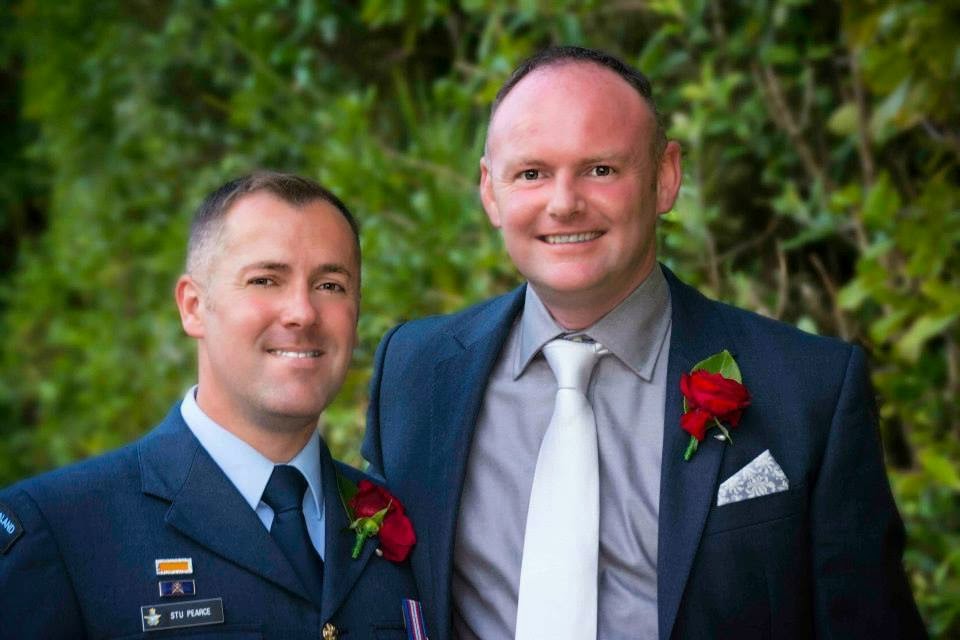 Air force squadron leader Stu Pearce, who is the former chair of New Zealand Defence Force GLBTI Group, tied the knot with former RAF serviceman David Fenwick.
The pair married at the airforce base chapel in Ohakea, in an intimate and moving service attended by their families, friends and colleagues. It has been the first time a Defence Force Chapel has been the setting for a gay wedding.
Pearce said: "For Dave and I to celebrate our marriage there, amongst friends, family and fellow servicemen and women, was particularly poignant".
The service was officiated by Human Rights Commissioner Richard Tankersley, while Chaplain Colonel Lance Lukin gave a reading and offered prayers.
New Zealand Defence Force has moved to ensure all serving couples who might wish to marry in a Service Chapel are allowed to do so.
Same-sex marriage in New Zealand has been recognised since 2013, and it is the only Australasian country to recognise gay weddings. 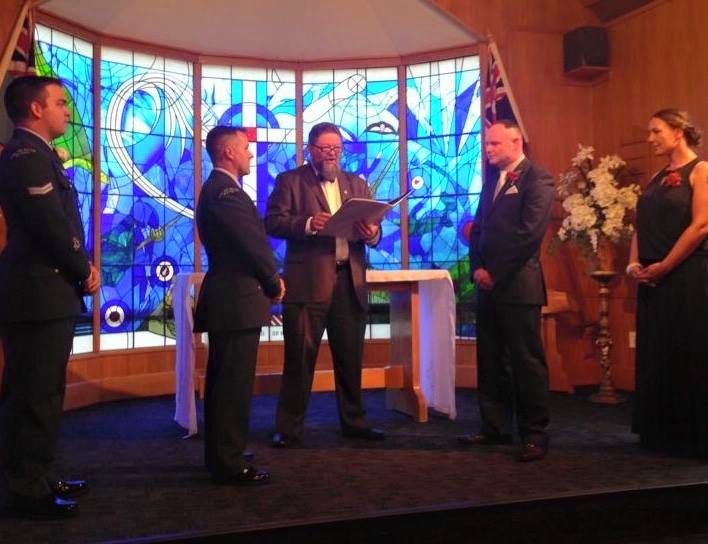 A moment of the ceremony