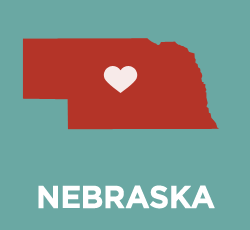 A federal judge on Monday ruled Nebraska's ban on gay marriage unconstitutional in a decision that could allow same-sex couples to marry in the state within a week.

U.S. District Judge Joseph Bataillon issued a preliminary injunction in the case brought by seven same-sex couples in the state, calling Nebraska's ban an "unabashedly gender-specific infringement of the equal rights of its citizens".

Bataillon denied a state request to stay his decision but said his injunction would take effect on March 9 to assuage Nebraska officials' concerns of possible administrative turmoil.

"The definition of marriage is an issue for the people of Nebraska, and an activist judge should not substitute his personal political preferences for the will of the people", Governor Pete Ricketts said in a statement.

Nebraska voters in 2000 adopted a state constitutional amendment that defines marriage as only between one man and one woman and does not recognize civil unions, domestic partnerships or similar relationships for same-sex couples.

The news comes just after the state lifted a 20-year-old ban on gay people becoming licensed foster parents. The policy barred unmarried, unrelated adults who live together from fostering parents, extending its reach to same-sex couples and people who identify themselves as homosexual, even those living without a partner. 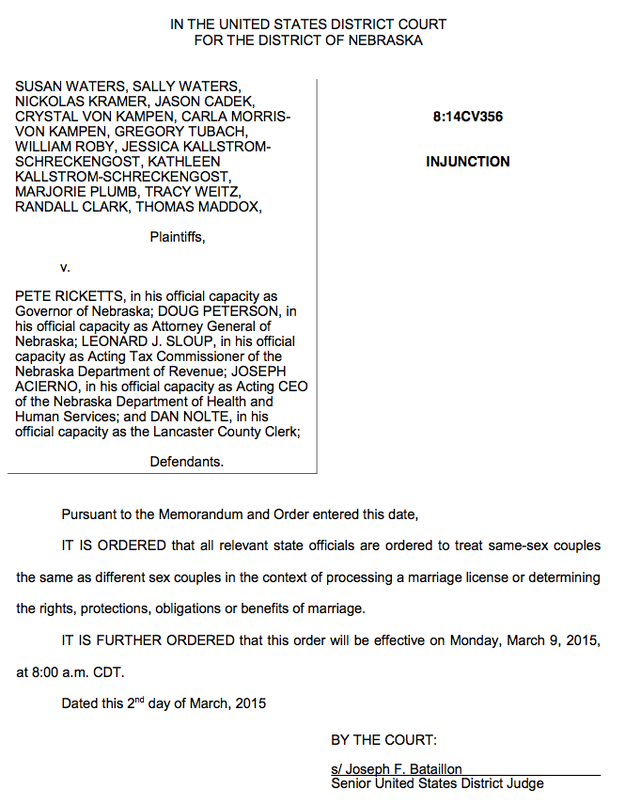