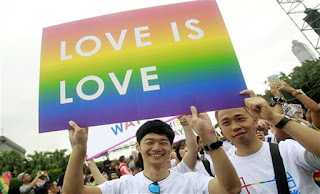 In its 13th year, the pride parade has been the largest of its kind in Asia

The parade saw many participants from other parts of the world, including the Philippines, Sri Lanka, Indonesia, Hong Kong, Japan, Malaysia and Singapore.

Despite being fairly progressive on LGBT issues, Taiwan has not yet legalised same-sex marriage.

The favourite to become the next president of Taiwain, Tsai Ing-wen of the opposition party, the Democratic Progressive Party, is supportive of same-sex marriage. 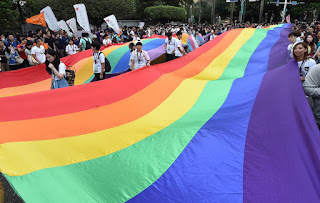 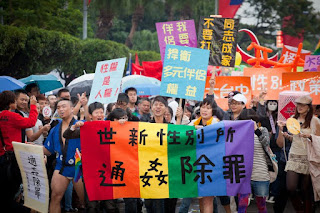 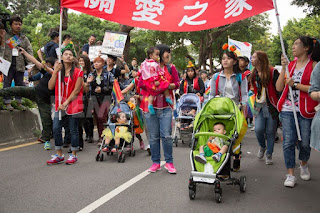 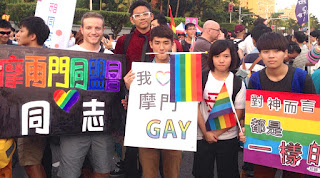 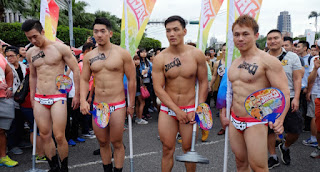 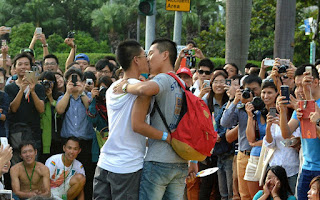