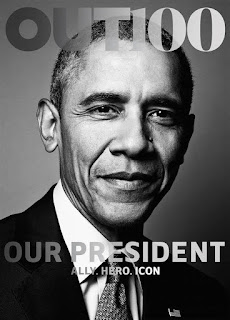 Out Magazine has named President Obama its "Ally of the Year" and put him on the cover of its latest issue. This is the first time a sitting U.S. president has graced the front of a prominent gay magazine.
"This president and his administration have ushered extraordinary change into the lives of LGBT Americans", Out reporter wrote in the magazine's cover story, which praised Obama for his own evolving attitude on gay marriage and for milestones he achieved while in office, including the repeal of "don't ask, don't tell" policy.
The magazine also interviewed the president about gay issues, asking questions such as who the first gay person Obama ever met was (one of his college professors) and whether he thought his daughters, Sasha and Malia, had a different attitude toward homosexuality than previous generations did.

Remember some posts about Obama's support to LGBT people: 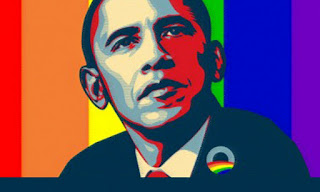