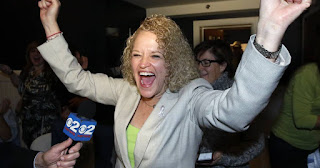 Salt Lake City, the capital of Utah, has elected its first lesbian mayor.

Jackie Biskupski, a former state legislator, is leading incumbent mayor Ralph Becker 52 percent to 48 percent, and both are Democrats.

Biskupski was the first openly LGBT person in the state legislature and now stands to make history in Salt Lake City as its first LGBT mayor and only the second woman to hold the post.

Although Salt Lake City is the capital of a deeply red state and home to the headquarters of the Mormon Church, it has elected some progressive Democrats as mayor since 2000. First was Rocky Anderson (2000 to 2008), then Ralph Becker (2008 to 2015) and now Jackie Biskupski.

Congrats to the new mayor! 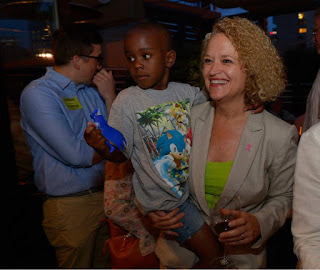 Biskupski and her son Archie, 5