What happens in Syria? 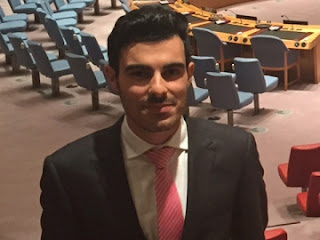 Last August, Subhi Nahas spoke at a historic meeting of the U.N. Security Council on gay rights, to discuss the terrorist group Islamic State’s persecution of sexual minorities. ISIS killed at least thirty men accused of homosexuality in Syria and Iraq, and it continues killing them.
Below you can read the letter written by Nahas explaining his story.
Before the revolution, the regime forces of President Bashar al-Assad were doing a routine sweep at a checkpoint while I was on my way to university, and they took all the young people to a detention place, a house in the woods. Immediately I could see that there had been people there before. I could see their blood, their stains. They noticed that I’m a little bit different in the way that I walk and talk, and they started to call me names. They asked questions about my family. They released the others, but they kept me, and I really thought that they would rape and kill me. But then they just released me. I don’t know why.
I couldn’t risk going back to university, so I stayed home. A few months later, Islamists came and things really deteriorated. My father was at home a lot too, which meant he was seeing me more. He didn’t like what he saw, and things got violent.
An Islamist group, an al-Qaeda branch, took over my city of Idlib, in northern Syria, and enforced Sharia law. One day, they arrested someone I knew and accused him of being homosexual, because of something on his phone. They announced in the mosques that they would cleanse the city of sodomites. If you looked a little bit different, wore jeans that were a little bit tight, they would target you and interrogate you for five or six hours.
Within two or three months I planned to leave Syria. Some friends in Lebanon said they’d welcome me to their houses. I arranged a taxi and told the driver that he had to take care of all the procedures at the borders and checkpoints, because if I spoke, they might have noticed how I am and not let me leave.
In Lebanon, there were not a lot of job opportunities. After six months, I moved to Turkey, secured a senior position at a nonprofit, Save the Children, and stayed there for two years. I was living near the Syrian border. As ISIS took more land, things became more dangerous. For a time, I was moving from safehouse to safehouse, until I finally ended up in Istanbul and registered with the United Nations High Commissioner for Refugees. UNHCR interviewed me and accepted me. The United States accepted my case, and I was referred to Homeland Security.
The killing of gays in Syria was not as brutal before ISIS, but it was happening. ISIS says they are protecting the community from “perverts”, people who will destroy society’s morality. They can’t offer water or services, but they can offer that.
My story is typical, but many others have had to endure far worse horrors. I’m very lucky that I had all this help, and that’s what I’m trying to establish with my work: a system that allows people to get help faster, that will protect them where they are now — and help them when they finally arrive in places like America. 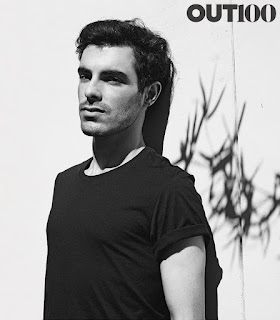 Nahas was Out Magazine's cover