Christians' acceptance of homosexuality grows in the U.S. 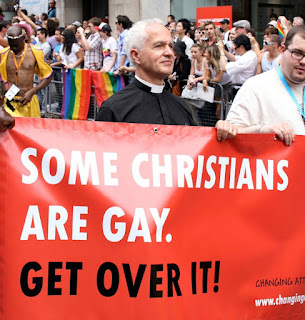 Acceptance of homosexuality is growing among Christians across the U.S., according to new poll data from Pew Research.

Amid a changing religious landscape that has seen a declining percentage of Americans who identify as Christian, a majority of U.S. Christians, over 54%, now say that homosexuality should be accepted.

It reflects a growing acceptance of homosexuality among all Americans, from 50% to 62%, during the same period.

Among Christians, this trend is driven partly by younger church members, who are generally more accepting of homosexuality than their elder counterparts.

The Catholic hierarchy should take note. 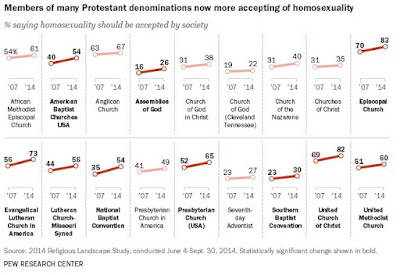