A record number of out LGBT athletes participate in Rio Olympics 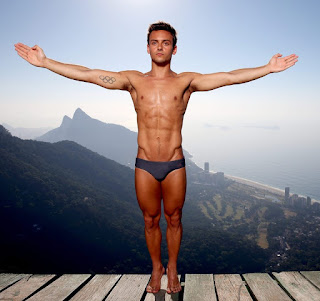 The Olympic Games of Rio de Janeiro are finally here, and there is a record number of 43 publicly out gay, lesbian and bisexual athletes participating. But, for now, there are no openly transgender Olympians. The 2012 Summer Games in London featured 23 out LGBT athletes.

The Olympics are meant to be inclusive, and in a country not known for its tolerance for LGBT people there were signs of acceptance during the opening ceremony. Before the ceremony opened, a kiss cam focused on two men. The crowd at Maracana Stadium roared as the men kissed. And during the Parade of Athletes, five of the volunteers carrying the placards of each country are transsexual.

The Olympic Charter says the rights and freedoms set forth in it are secured “without discrimination of any kind, such as race, color, sex, sexual orientation, language, religion, political or other opinion, national or social origin, property, birth or other status”.

Earlier this year, there were extensive protests on the streets of Rio following alleged police brutality against members of the LGBT community around the time of Carnival. Gay rights groups have long complained of discrimination in both regular society and in the workplace, despite Brazilian law officially dictating that all people should be treated fairly and equally.

Please, it's important don't forget Brazilian LGBT issues during the Olympic Games but specially, when the Games have gone. 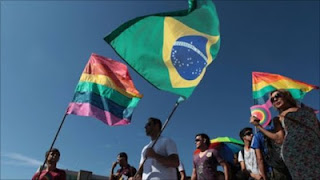