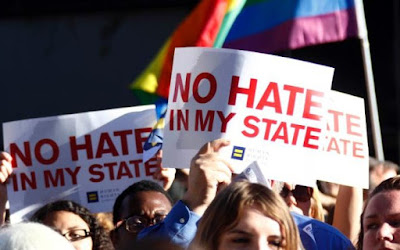 A new survey has found that young people in the US show great support for LGBT rights.

The GenForward study was conducted by the Black Youth Project at the University of Chicago with The Associated Press-NORC Center for Public Affairs Research. It surveyed 1,940 adults age 18 to 30 years old.


The survey also found that support for LGBT adoption had increased across the board over the last two years: up from 69% to 84% for young white people; and 65% to 75% among Hispanics.

Although same-sex marriage and adoption are now legal across the US, next goal is passing a federal Equality Act, for effectively expanding the 1964 Civil Rights Act to include protection for LGBT people in employment.

Equal rights for all! 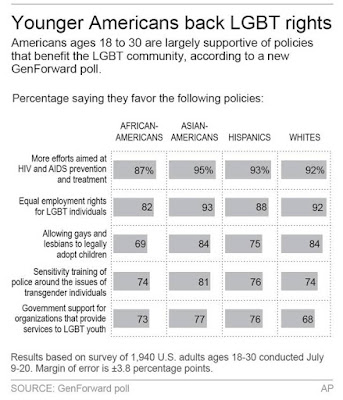