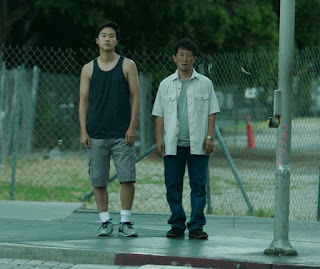 Spa Night is the story of David, a young gay man’s sexual awakening, and its sensitive lead performance affectingly expresses the tension between tradition and personal identity.

Directed by Andrew Ahn and starred by Joe Seo, as David, and South Korean actors Youn Ho Cho and Haerry Kim, as David's parents, the movie is set in L.A.'s Koreatown.

David's first words in the film are: “Dad, I can’t breathe”. Father and son are in the steam room of a bathhouse, a weekly family ritual, and David is talking about the stifling heat, but it’s soon clear that his parents’ aspirations for him — college degree, professional career, marriage and family — are just as oppressive as the room’s thick air.

An intense and shocking drama with superb actors, leaded by a brilliant director.