ISIS murders another man for being gay 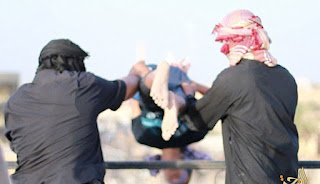 Members of so-called Islamic State of Iraq and Syria (ISIS) have executed another man accused of being gay, throwing him off a roof in Mosul, Iraq.

An ISIS commander preached before a crowd gathered at the base of a tall building, included many children, informed bystanders that the victim had been found guilty of "corruption of thought" and "homosexual acts".

The punishment for such crimes is death by stoning or by being thrown from the tallest building in the city. In some instances, if victims survive the fall, they are subsequently stoned to death.

The public executions in ISIS territories started at early 2014. United Nations reported that at least 30 people have been killed after being accused of being gay. 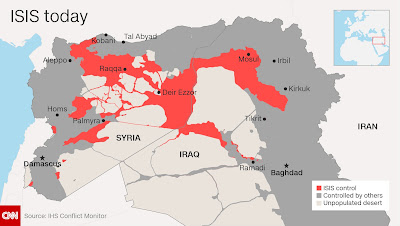 ISIS territories in Syria and Iraq by CNN