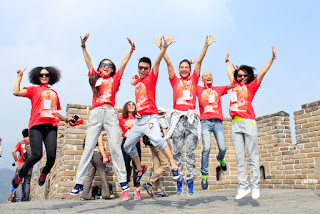 The Gay Games organizers posted on their Facebook page that they are hoping to see the first group of Chinese athletes attending the Paris Gay Games in 2018.

The Games are the largest LGBT sporting event in the world. It prizes inclusivity above sporting ability, and anyone can attend regardless of skill.

Using Chinese social media, Qiu Hua is trying to convince more people from China to get involved in the Gay Games. ‘People in China don’t know about the games, and this is the first time there has been a direct link between the games and China’, he said.

Qiu found out about the Gay Games in 2014 at the badminton club he attends, just after Paris was awarded the games. He then volunteered to promote the Paris 2018 Gay Games in China. He is aiming to get 100 people to attend by the time the games.

Hong Kong has launched a bid for the Gay Games for 2022, which would bring the event to Asia for the first time. 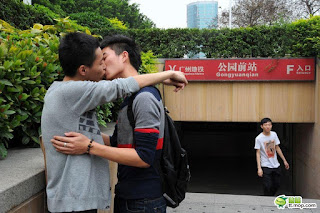 Homosexuality is legal in China since 1997