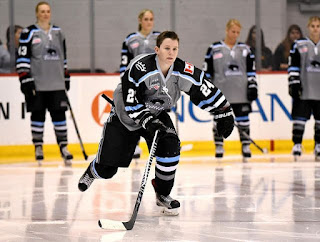 Harrison Browne has become the first openly transgender athlete on a US pro sports team.

The player spoke about his identity: “My family is starting to come to grips with it, now it’s my time to be known as who I am, to be authentic and to hear my name said right when I get a point, or see my name on a website”, he said.

Browne has postponed his full transition until he’s finished playing in the NWHL and is yet to change his name legally because of issues surrounding visa’s.

The future of his career is uncertain, but the star says he is “not closing the door” on playing in male leagues, depending on how his body changes.