Moonlight, a gay movie in the Oscars? 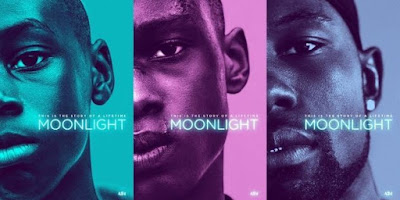 Moonlight, directed by Barry Jenkins, 36, is a film that tells the life story of a gay black man named Chiron in 80s America.

The movie is based on In Moonlight Black Boys Look Blue, a play by Tarell Alvin McCraney, a former international resident at London's Royal Shakespeare Company,

Set in impoverished neighborhoods of Miami, the story is told in three distinct chapters with three different actors as the central character: We begin with little Chiron (Alex Hibbert), bullied at school but given unexpected fatherly shelter by a drug dealer (Mahershala Ali). Then we meet him as an adolescent (Ashton Sanders) who experiences a brief, idyllic moment of gay intimacy on a beach with another student. We conclude with the adult Chiron (Trevante Rhodes), bruised and baffled by his life, struggling to find his way back to that one, defining moment.

Moonlight was a breakout hit at the Toronto International Film Festival in September, and critics have fervently embraced the movie which expected to show up in force in the current Oscars race. 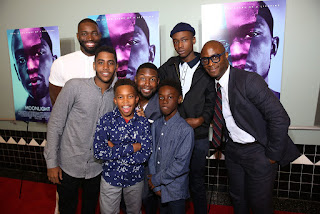