Say NO to LGBT bullying on #SpiritDay 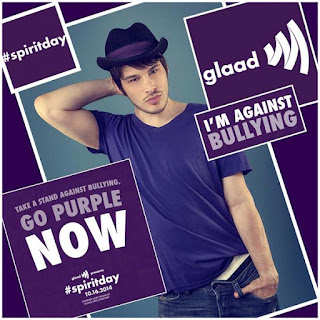 Every year, millions of people go purple on Spirit Day to take a stand against bullying and to show support for LGBT youth. Next October 20th is Spirit Day.

According to the US Department of Health, bullying is unwanted and aggressive behavior among school-aged children that involves a real or perceived power imbalance. Bullying can include verbal harassment, physical harm, social exclusion and cyber threats.

A recent survey showed that more than half of LGBT students report being victimized based on sexual orientation, with a further three quarters of students who report hearing homophobic remarks in school. Overall the report stated that the rates of LGBT bullying in the US remains troublesome.

The visibility of celebrities, athletes, politicians and faith leaders going purple and taking a stand against bullying can change the world for LGBT youth, as all of them send a strong message to let youngsters know that they are not alone. 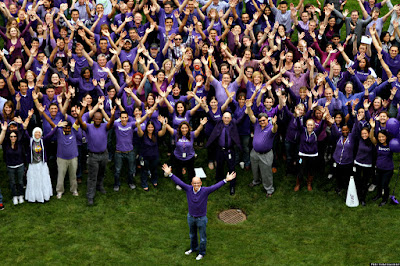 Next October 20th go purple and say NO to LGBT bullying.