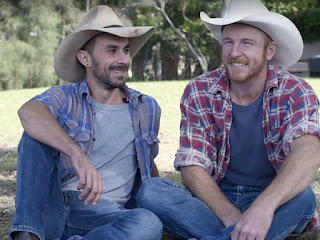 Dan and Miki run a farm together in New South Wales and have joined their country’s fight for marriage equality in Australia.

Even though they’ve been together for six years, Dan and Miki want the right to tie the knot just like any other couple. “People generally don’t bat an eyelid when Miki and I are living and working amongst other farmers,” explains Dan.

“We don’t want anything more than anyone else, we just want the same. Being able to marry and celebrate our commitment with our friends and family would mean so much,” says Miki.

“Marriage equality would make a change in Australia, in that LGBTIQ people would feel that their love is as important as anyone else’s,” added Dan.