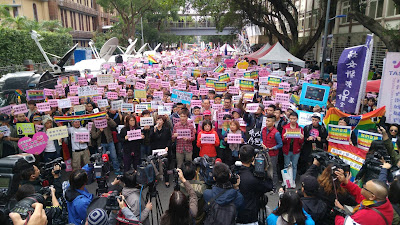 Thousands of people have protested in favour of the legalisation of same-sex marriage in Taiwan, the same month thousands protested against it.

The protesters rallied at the country’s Parliament, with a view to having same-sex marriage legalised quickly through legislation.

Activists hope that Taiwan can be the first Asian country to recognise marriages between two people of the same gender.

Currently, 67 out of the 113 members of the Legislative Yuan, Taiwan’s Parliament, have backed same-sex marriage publicly. 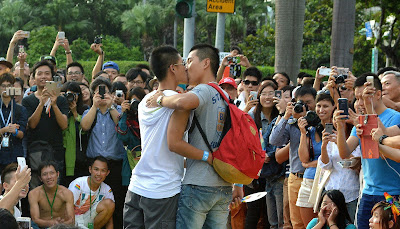