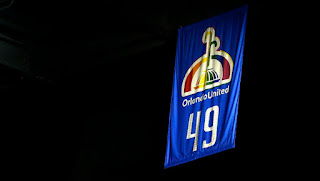 The basketball team Orlando Magic dedicated their season opener to the 49 people killed in the Pulse nightclub massacre in June.

The pre-game ceremony included a moment of silence and the raising of a No. 49 banner with the words "Orlando United" and each victim's name on it.

"Tonight we honor their lives, the heroes who emerged that early morning and a healing community that showed the world love always conquers hate," the NBA team's announcer said during the ceremony. 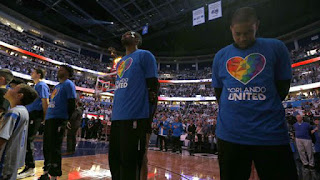