Ellen DeGeneres to receive the Presidential Medal of Freedom 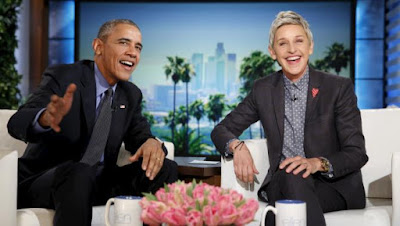 Ellen DeGeneres will be one of 21 Americans to be presented with the Presidential Medal of Freedom at The White House later this month. The medal is the highest civilian honor a person can receive in the U.S.

It is presented to individuals who have made especially meritorious contributions to the security or national interests of the United States, to world peace, to cultural or other significant public or private endeavors.

"The Presidential Medal of Freedom is not just our nation’s highest civilian honor, it’s a tribute to the idea that all of us, no matter where we come from, have the opportunity to change this country for the better," declared President Obama.