The Japanese city of Sapporo, located in the north of the country, has become the latest to recognise same-sex relationships. With a population of nearly two million, it will become the largest in the country to issue formal recognition to same-sex couples.

Sapporo announced plans that will provide same-sex couples with documents recognising their relationship. Although the documents will be issued by the local authority, they will not be legally binding as the Japanese Government does not recognise same-sex marriage.

Remember earlier this year, the city of Iga began the process of issuing certificates to same-sex couples as did the Shibuya and Setagaya wards in Tokyo.

Support for same-sex relationships has been growing steadily in Japan over recent years with a poll last year suggesting the majority of people were now in favour of marriage equality. 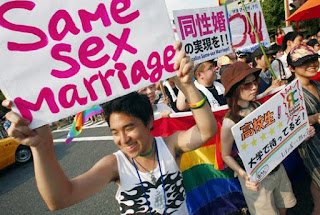