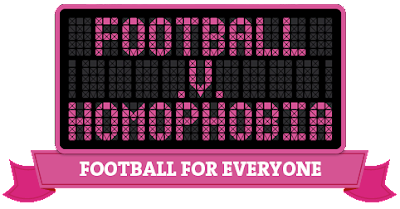 Year round, FvH enables people to take action against prejudice and discrimination based on sexuality or gender identity in football, and to celebrate and welcome diversity in the game.

Homophobia and LGBT discrimination has long been an issue in football. In 1990 the first professional football player in the UK to come out as gay, Justin Fashanu, had an intense struggle with his sexuality and how it was received in the game.

The Justin Campaign was founded to demonstrate that years after Justin Fashanu’s tragic suicide in 1998, homophobia is still hugely prevalent in the world of professional football.

The aim of this international day opposing homophobia in football is to unite clubs, players and fans across the UK, Europe and America by using the game of football to bring communities together in opposing hate and discrimination in the world’s favourite sport.

Community football teams throughout Europe and America will be showing their support for the cause by holding a series of football matches and fun events throughout the day under the banner of Football v Homophobia. 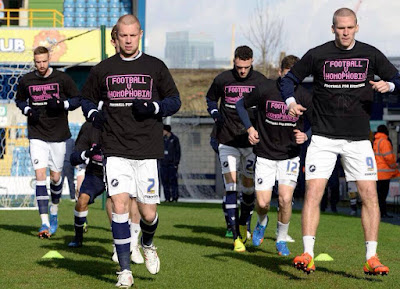