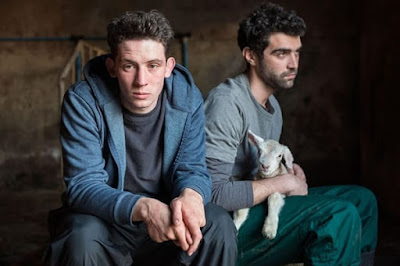 God's Own Country is a 2017 British coming-out drama film about a sheep farmer in Yorkshire, whose life is turned upside down by the arrival of a migrant worker. The film is partly based on writer and director Francis Lee's own life, where he also had to make a decision to either stay and work on his family's farm, or whether to go off to drama school.

The film focuses on Johnny Saxby (Josh O'Connor), a young Yorkshire sheep farmer who is emotionally shut off through drink and the necessity to keep his family's farm going after his father is partly paralysed with a stroke and his grandmother is too old to work.

When lambing season comes around, his father (Ian Hart) and grandmother (Gemma Jones) organize help in the form of Romanian migrant worker Gheorghe Ionescu (Alec Secareanu). Gheorghe's arrival makes Johnny confront his feelings of love and being loved for the first time. As they work together, early hostility gives way to something physical.

Remembering the acclaimed Brokeback Mountain, Lee's movie does double service in a xenophobic age, finding renewal in the tenacity and vigour of immigrant aspiration. The film normalizes its characters’ love without a hint of sentimentality or sanctimony. Likewise, the film rousingly stands for the status and contributions of immigrants in the U.K. without recourse to political rhetoric. 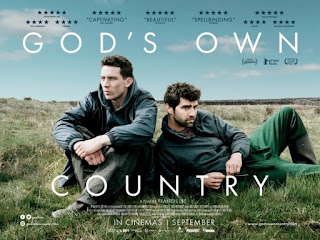