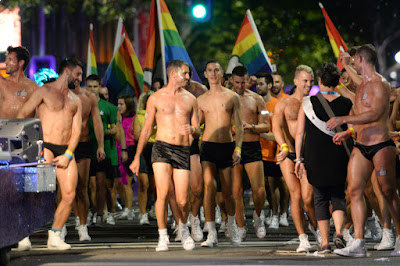 Sydney Gay and Lesbian Mardi Gras is one of Australia’s most famous and well-loved events, bringing thousands of visitors to Sydney to join in the celebrations. LGBT people taking over the city for weeks and culminating in the world-famous Parade.

So how did Mardi Gras reach this iconic status? The ironic thing is that the key reason for its success was the opposition it faced when it began. The first march took place on Saturday 24th June 1978 and it was met with unexpected police violence.

Mardi Gras in 1978 was Sydney’s contribution to the international Gay Solidarity Celebrations, an event that had grown up as a result of the Stonewall riots in New York.

Several hundred gays, lesbians and straight supporters gathered at Taylor Square and followed a truck with a small music and sound system down Oxford Street to Hyde Park. As revellers joined in along Oxford St, the police harassed the lead float along the route and when the march stopped in Hyde Park, where telegrams of support were to be read, police confiscated the lead float truck and arrested the driver.

Over the months that followed, more protests and arrests took place, and the actions of the authorities came to be seen as heavy handed.

By April 1979 the Parliament of New South Wales repealed the NSW Summary Offences Act legislation that had allowed the arrests to be made and created a new Public Assemblies Act which meant that Sydneysiders no longer had to apply for a permit to have a demonstration. They simply needed to inform the police.

As such that first Mardi Gras march was a major civil rights milestone beyond the gay community. Up to 3,000 people marched in an incident-free parade in 1979.

Throughout the 1980s, Mardi Gras faced considerable challenges but the rate of growth for both parade and party was considerable. The estimates for the parade audiences show it doubling every year.

Throughout the 1990s and early part of this century, Mardi Gras continued to grow in tourist and spectator numbers along with an increase in the quality of the events and the scope of the festival. 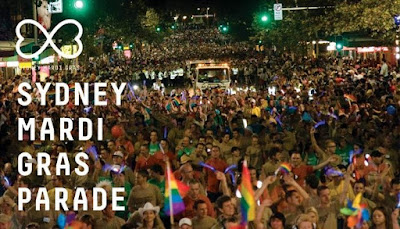