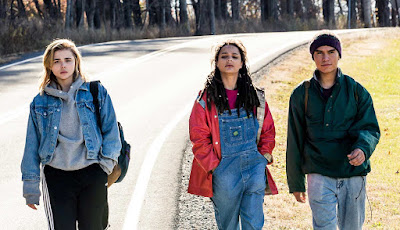 A gay conversion drama, The Miseducation of Cameron Post, has won the grand jury prize at the Sundance Film Festival, the most influential award on the U.S. independent circuit.

Based on Emily Danforth’s acclaimed and controversial coming-of-age novel, the movie is directed by Desiree Akhavan who said she read the book in 2012 and loved it and her girlfriend at the time told here she had to adapt it into a film.

The film, which stars Chloë Grace Moretz (as Cameron Post) and American Honey's Sasha Lane, tells the story of teenagers in the 90s sent to a Christian gay conversion camp called "God's Promise."

Unfortunately, the film has not been picked up for distribution, and there’s no confirmed release date.

Anyway, congrats to the crew!