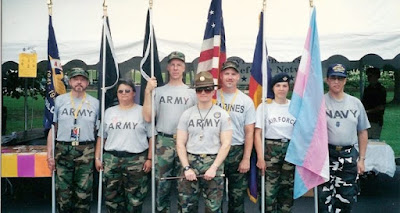 A full-page advertisement in USA Today features quotes from both Republican and Democratic U.S. senators speaking out against the Trump's ban on transgender Americans serving in the armed forces.

Centered in bold is the following text:

Military leaders, national security officials, bipartisan lawmakers in Congress and a majority of Americans oppose the Trump-Pence ban on transgender troops, which would hurt military readiness. Tell Donald Trump and Mike Pence not to put their politics ahead of our troops. Call the White House: 202-456-1414.

"When less than one percent of Americans are volunteering to join the military, we should welcome all those who are willing and able to serve our country," reads text under and image of Sen. John McCain.

Another veteran, Deborah Lee James, was quoted speaking out more explicitly against Donald Trump. "I am not aware of any evidence to support Trump's stated rationales for reversing the policy permitting open service," her quote reads, "The Working Group did not find that permitting transgender soldiers to serve would impose any significant costs or have a negative impact on military effectiveness or readiness."

It's long past time the White House should abandon this reckless, unconstitutional ban and give these brave individuals the dignity, respect and honor they deserve. 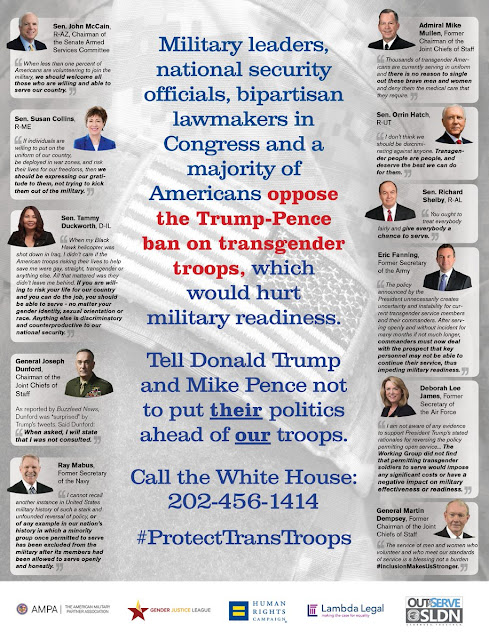