Tokyo Rainbow Pride is the biggest LGBT event in Japan 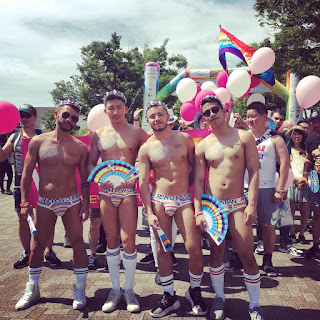 Over 7,000 marched today in Tokyo Rainbow Pride, one of the city’s two annual gay Pride parades.

Tokyo’s first Pride parade was in 1994, but only drew small crowds. Due to this, it went through a hiatus from 2008 to 2010. And then again in 2011. As a result, organizers set up Tokyo Rainbow Pride in 2012 to ensure that a Pride parade would be held in the city if Tokyo Pride could not follow through.

This year’s theme was ‘Love and Equality', and 37 groups entered the parade, including the European ambassador to Japan.

Finalists from Japan’s first ever Mr Gay Japan competition also participated in the parade. Winner of the competition Shogo said on Instagram it was his first ever Tokyo Rainbow Pride parade. He wrote in a caption: ‘Lots of people came to say hello and took pictures with me. I have never felt so comfortable about my sexuality in Japan and would love more people to feel the same!’

LGBT rights in Japan remain vastly unachieved and can very by each prefecture. Same-sex marriage is not legal and same-sex parents cannot adopt children. Anti-discrimination laws exist in Tokyo, but not for the rest of the country. 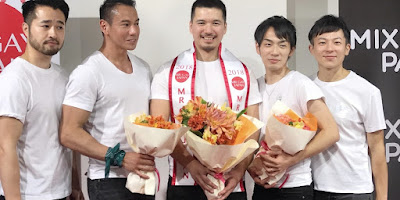 Finalists from Mr Gay Japan, with Shogo the winner in the middle