Theresa May announces a new LGBT Action Plan this summer 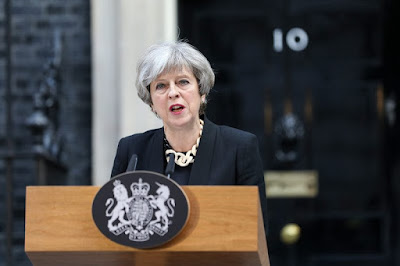 British Prime Minister Theresa May has announced the rollout of a new LGBT Action Plan this summer. In a letter penned to the LGBT community, the Conservative leader pledged her government’s support to “help make us a country where no one feels the need to hide who they are or who they love.”

What this LGBT Action Plan will include has yet to be formally revealed, but it is expected to touch upon LGBT issues and improvements within healthcare, education and personal safety, amongst more.

May considers with this plan, “It will set out concrete steps the Government will take to improve lives for LGBT people in this country and address some of the injustices the community has faced.”

“We’ve also engaged with experts to understand better the limitations of the current system of gender recognition and will soon publish a public consultation on how we best reform the process." And she added: “Trans people still face indignities and prejudice when they deserve understanding and respect. There’s lots to do, but the UK can be proud that we are a world leader in advancing LGBT rights.”

About 37 countries in the Commonwealth, where being LGBT is still punishable by jail time, the Prime Minister affirmed: “Those laws were wrong then, and they are wrong now. And I expressed my deep regret for both the fact that such laws were ever introduced, and the legacy of discrimination, violence and even death that persists today.

“It’s important to put this right. Nobody should face persecution or discrimination because of who they are or who they love. So I have committed the UK to support any Commonwealth member wanting to reform outdated legislation that makes such discrimination possible.”

I would like to see how these words become facts. 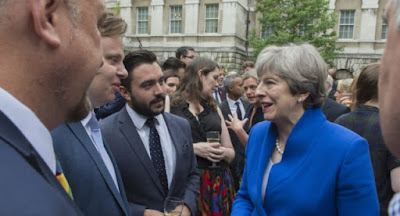 May at the last Pride reception in 10 Downing Street