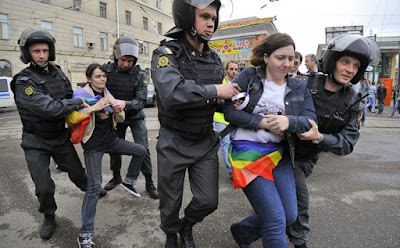 Queer football fans have been strongly warned to not publicly display sexuality at the Russian Football World Cup, which will begin on June 14.

LGBT fans should not hold hands or be affectionate towards their partner in public to ensure their safety, say the Football Supporters’ Federation. ﻿

“It is strongly understood and advised that you do not publicly display your sexuality,” the Federation wrote in a post advising queer fans.

“With any trip abroad it is essential to understand your destination’s cultural and ideological beliefs. Whilst often you are able to behave as you would in the UK, certain things must be treated with caution in societies less tolerant than back home.”

As of 2013 “propaganda for non-traditional sexual relations” to minors is prohibited, including talking about homosexuality issues or gay rights, effectively prohibiting any public display of LGBT rights.

Trans fans are also advised to find someone to attend the toilet with them. “We advise that you judge the situation on a case by case basis. If you do not feel safe, try and find a fellow fan to accompany you,” the post reads.

It's obvious that Russia is not safe for LGBT people. How can they organize a world sport event? 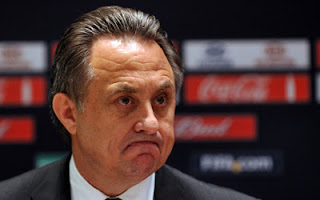 At the 2014 Sochi Winter Olympics, Russia’s Sports Minister
confirmed LGBT visitors were not exempt from anti-gay law.
Didn't mind if they were athletes, journalist or mere spectators.