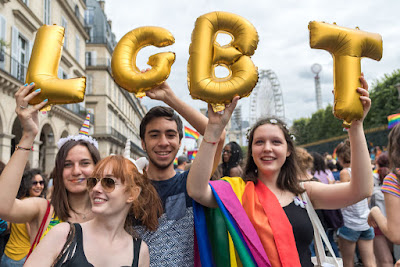 The global push for gay rights around the world has been a long, slow struggle in some Middle Eastern and African countries, for example, same-sex acts today can bring the death penalty. But public acceptance is increasing, even in culturally conservative countries, according to a global study.

People in the United States, India, South Africa, Japan, South Korea and Mexico have registered the largest gains in public acceptance with gay rights since 2002, according to findings released from the nonpartisan Pew Research Center.

Pew conducted its polling in 34 countries, including the U.S. The study finds public opinion around the world on the acceptance of gay rights is still divided by country, region and economic development, despite substantial change in laws and norms surrounding issues such as same-sex marriage and the rights of LGBT communities around the world.

The data reflect public acceptance of gay rights is shaped by the country where people live. People in Western Europe and the Americas are generally more accepting than people in Eastern Europe, Russia, Ukraine, the Middle East and sub-Saharan Africa, while people in Asia-Pacific countries are split on the topic.

Pew's study also found that people in wealthier and more developed economies are more accepting than countries that are less wealthy and developed. Germany, the Netherlands and Sweden, nations with a per-capita gross domestic product of more than $50,000, registered among the highest levels of acceptance. By comparison, less than 2-in-10 respondents in Nigeria, Kenya and Ukraine have per-capita GDPs of less than $10,000, express acceptance.

Then, according the study, a global divide on admission of LGBT communities still remains but is narrowing. 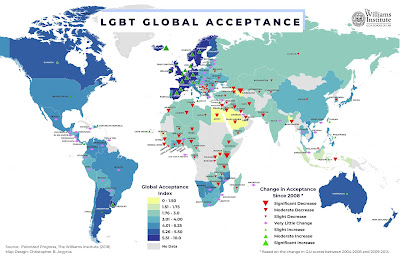