Vote Proud: Enough Is Enough, a new campaign to emphasise the importance of LGBT vote 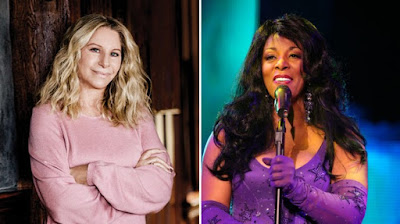 A new campaign video is using the Barbra Streisand and Donna Summer duet, Enough is Enough! The organization is called Vote Proud, which is a Non-Partisan movement to inspire the LGBT community to register and vote.

The clip was released by the progressive PAC Meidas Touch in partnership with Vote Proud, an initiative that aims to mobilise LGBT voters. Bruce Roberts, one of the songwriters behind “Enough is Enough”, co-founded the movement. Sharon Stone, Elton John, David Furnish, Billy Porter, Andy Cohen, and Laverne Cox are all among the initiative’s co-chairs.

In a statement, Bruce Roberts said that the song fit the video perfectly since "all these years later it has become an anthem for change and equality in America today." He added his hopes that the video would help mobilize the LGBT community for November. "There’s too much at stake for us not to reach and engage with the large part of the community that did not vote in 2016."

They have partnered with When We All Vote, a non-partisan voting effort co-chaired by Michelle Obama and several other influential voices. They are changing the culture around voting using a data-driven and multifaceted approach to increase participation in elections. They want to combat voter apathy among all marginalized Americans. Their movement demands all citizens are treated equally.

Check out the video below: