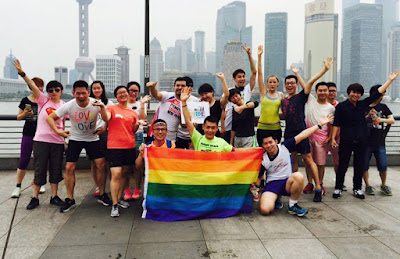 Shanghai Pride, one of China’s longest running gay pride groups, said it was cancelling all activities and events for the foreseeable future, citing the need to protect the safety”of its people and prompting a chorus of regret on social media.

“Shanghai Pride regrets to announce that we are cancelling all upcoming activities and taking a break from scheduling any future events,” it said in a statement on its official WeChat account.

The group’s co-founder Charlene Liu said in a separate statement posted on Facebook that “the decision was difficult to make but we have to protect the safety of all involved,” without providing further details.

The annual festival in Shanghai started in 2009, when it was organised by a few volunteers. It was modelled on the Pride events that have long been a part of the social calendar in many Western countries.

China decriminalised homosexuality in 1997 and removed it from a list of mental disorders in 2001. But same-sex marriages are still illegal, there are unspoken rules on censorship of LGBT topics and discrimination runs deep in many aspects of society.

Watch a video when Shanghai Pride celebrated its 10th year: