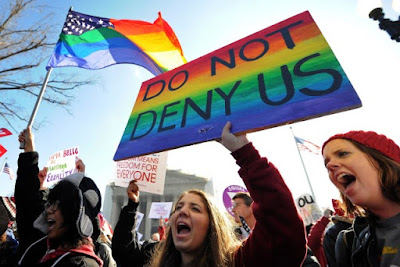 Trump’s Department of Health and Human Services (HHS) issued a final rule that would allow the recipients of the federal department’s grant money, including adoption and fostering agencies, to discriminate against LGBT people.

The final rule was issued in the aftermath of the MAGA riots, dropping Obama-era rules that banned recipients HHS grants from discriminating based on sexual orientation, gender identity, and religion. The rule change also removes a requirement that grantees treat as valid the marriages of same-sex couples.

The scorched earth tactics continue as the Trump Administration torches every LGBT protection it can on its way out the door.