President Joe Biden has repealed Trump’s 2019 guidance that banned transgender people from enlisting and serving in the military, part of a broader effort to undo the former president’s transphobic and regressive policies.

“President Biden believes that gender identity should not be a bar to military service, and that America’s strength is found in its diversity,” reads a White House statement.

“This question of how to enable all qualified Americans to serve in the military is easily answered by recognizing our core values. America is stronger, at home and around the world, when it is inclusive. The military is no exception,” the statement reads. “Allowing all qualified Americans to serve their country in uniform is better for the military and better for the country because an inclusive force is a more effective force.”

Biden signed an executive order to repeal the ban at a ceremony with Defense Secretary Lloyd Austin, who said at his confirmation hearing last week that he supports the decision.

The secretary will order the Pentagon to return to the 2016 policy enacted by former Defense Secretary Ash Carter, which allowed transgender Americans to serve openly in the military.

Three in five adults support allowing openly trans people to serve in the military, including a majority of military households and young Republicans. Biden is also expected to reinstate and create other LGBT protections in the coming months. 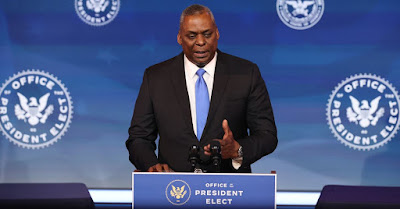