US transgender soldiers are waiting to serve their country again 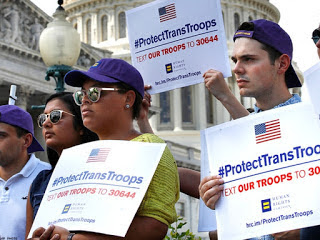 Donald Trump in July 2017 destroyed lifes of all transgender soldiers with a simple tweet: "The United States Government will not accept or allow transgender individuals to serve in any capacity in the US Military."

It is unclear how people have been affected by Trump's policy. Figures from 2016 show there were around 10,000 transgender individuals in active service or in the reserves.

Joe Biden has promised to allow transgender people to serve openly in the military. He also acknowledged the support of the transgender community during his election victory speech.

Biden has made clear his commitment to protecting the rights of the LGBT community. "This is the civil rights issue of our time - if this fails think of all else that fails," the president-elect said on the campaign trail.

The president-elect promised that during his first 100 days in office he would pass a law that would make discrimination against the LGBT community illegal. Democrats need to win both Senate races to hold the power on Capitol Hill and provide Biden with enough votes to pass legislation. 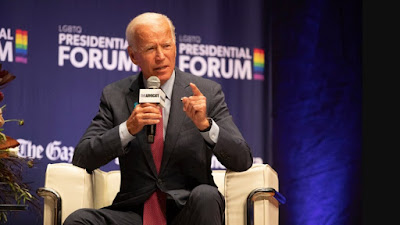