President-elect Joe Biden became a fast friend of the LGBT community as vice president in 2012 by stating his support for same-sex marriage in a television interview even before his boss, President Barack Obama, did. That same year, outside an Obama-Biden campaign office in Florida, it was Biden's unexpected support for the transgender community that elevated his status of LGBT ally.

When he left the vice presidency, Biden partnered with other advocates to start the As You Are campaign to advocate for families' acceptance of their transgender children. Now advocates say Biden will be the nation's most pro-LGBT president ever.

Biden has said he will protect the rights of anyone who qualifies to adopt, regardless of religion or family composition. Biden, who is Catholic, has split from his church's stance on some issues, saying he values "the dignity of every person."

But he could face his most laborious hurdle in passing the Equality Act, a package of measures that protect against discrimination on the basis of sexual orientation that was passed by the House in 2019 but blocked by the Republican-led Senate. That act, which Biden has pledged to make a policy priority during his first 100 days in office, has been a cornerstone of the community's fight for equal rights in housing and employment since it was first discussed after the Stonewall riots in 1969. 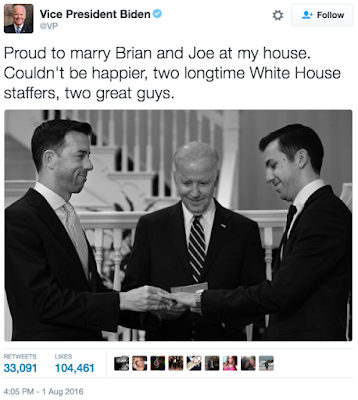