Moffie, a gay military drama in South Africa during the apartheid 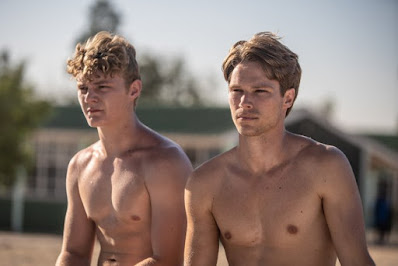 The film is based on the autobiographical novel of the same name by Andre Carl van der Merwe. The film had its world premiere release at the Venice International Film Festival on 2019. It also had its special screenings at other film festivals and received several nominations in various categories.

“Moffie” is Afrikaans slang for “faggot,” and the film attempts a bold gesture in reclaiming epithet as an emblem of power. It’s 1981, South Africa, which means it’s not okay to be a “moffie”; effeminacy is a sign of weakness, and being gay is also illegal. It’s also a moment of compulsory military conscription that all (white) boys over the age of 16 must endure, and so that means, as the film begins, Nicholas is readying to ship off to defend colonized land.

On its face, the war is between the white minority government and Angola, whose Communism the South African Defense Force wants to stop from spreading; but really, the atrocities as seen inflicted in this movie are governed by the power-seeking regime of Apartheid, and not any real threat.