Switzerland to hold a referendum on same-sex marriage 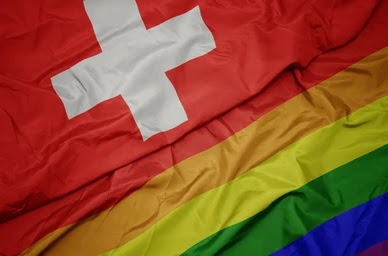 Switzerland will hold a referendum on whether to push ahead with same-sex marriage.

MPs adopted a bill recognising same-sex marriage in December, several years after many other Western European countries. But opponents of the law have gathered the necessary signatures to call for a referendum, the authorities said.

In Switzerland, most laws and other acts passed by parliament come into force without the people being asked to vote. But a referendum is possible when citizens who oppose certain decisions collect 50,000 valid signatures within 100 days of the official publication of the act.

Switzerland's largest party, the populist SVP, had warned that they would launch a referendum bid against December's law. According to the Swiss Federal Chancellery, the request for a referendum on same-sex marriage gathered more than 61,000 valid signatures.

The date of the vote has not yet been set, as Swiss citizens are used to voting three or four times a year on a variety of issues under their system of direct democracy.

Switzerland adopted its bill on same-sex marriage in 2020 after a long parliamentary battle and fierce support from the Green Liberals party. Previously, same-sex couples could enter into "registered partnerships" that did not give them the same rights as marriage.

But the new legislation allowed them to wed and have access to sperm donation, while transgender citizens could also change their legal gender with a declaration. However, the legislation did not include provisions for allowing same-sex couples to have children.

Switzerland will become the 29th country to recognize marriage equality if voters approve the referendum as expected. 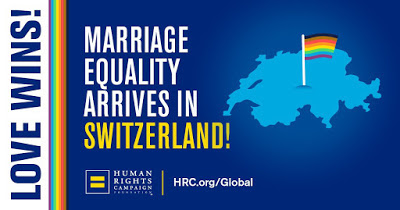