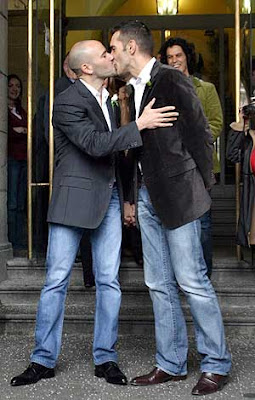 In April 1, 2001, Netherlands became the first country in the world to conduct same-sex marriages.

In the two decades since, the legalization of same-sex marriage has been neither uniform nor particularly rapid. In all there are now 28 countries in the world which allow same-sex marriages.

More than half of those are in Europe, but even here there are notable divides. While most of Western Europe now permits same-sex marriage, most of Eastern Europe doesn't.

Some of the countries yet to legalize same-sex marriage, including Czechia, Greece and Italy, have permitted some sort of civil union, if not with full legal parity with marriage.

Other governments are opposed. Last year, Poland's President Andrzej Duda was re-elected after campaigning against gay rights, which he called "destructive."

Last December, Switzerland's parliament approved the legalization of same-sex marriage, but the law has yet to take effect, while opponents are actively endeavoring to collect enough signatures to force a confirmatory referendum. 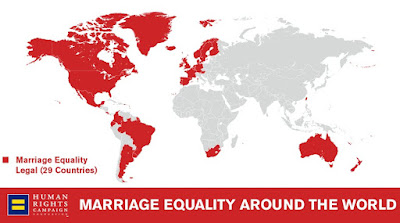