Chechen officials could be charged in Germany over anti-gay purges 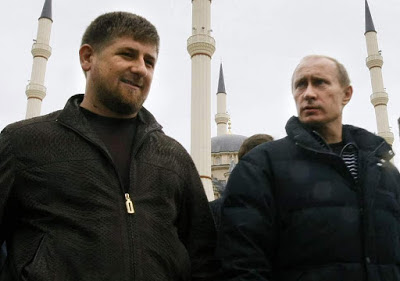 Five leaders of the horrifying Chechen “anti-gay purge” could finally be charged with crimes against humanity thanks to a criminal case in Germany.

The criminal case was submitted in February by the European Centre for Constitutional and Human Rights (ECCHR), a German NGO, and the Russian LGBT Network, which has been instrumental in helping LGBT people flee the region. If no other jurisdiction investigates, Germany is able and must be willing to take over tasks, representing thereby Europe and the international community.

The five officials are within the inner circle of Chechnya’s autocratic leader Ramzan Kadyrov and the charge sheet against them stretches 97 pages. It accuses the Chechen military and state apparatus of persecution, unlawful arrests, torture, sexual violence and incitement to murder at least 150 individuals on the basis of their sexual orientation since February 2017.

Two of the officials are already sanctioned by the EU, the UK and the US for their involvement in the purge: Abuzayed Vismuradov, Kadyrov’s former personal bodyguard and deputy prime minister, and Ayub Katayev, a police chief and senior official at the Russian Internal Affairs Ministry in Chechnya. The chair of the Chechen parliament, Magomed Daudov, is also named in the criminal complaint.

Chechen leaders could now be charged in Germany because the country has implemented the legal principle of universal jurisdiction for crimes against humanity, allowing prosecution in its courts even if the crimes happened elsewhere. 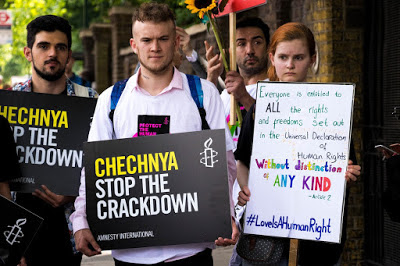