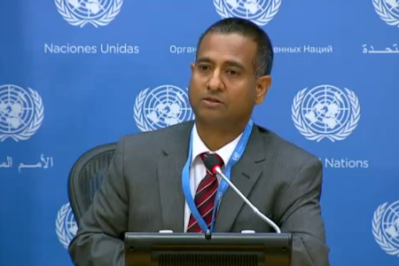 The UN Special Rapporteur on Freedom of Religion or Belief, Dr Ahmed Shaheed, said that attempts to change someone's sexuality or gender identity were chilling.

As the world's most senior authority on religious rights, Dr Shaheed said a ban would not violate freedom of religion or belief under international law, because of the harm involved in conversion therapy.

He said: "International human rights law is clear that the right to freedom of religion or belief does not limit the state’s obligation to protect the life, dignity, health and equality of LGBT persons."

"The testimonies of survivors of conversion practices are chilling. Operating on the basis that there is something wrong, sinful or pathological in non-heterosexual-cis forms of sexual and gender identity, LGBT persons are assailed with physical and emotional abuse that have haunting consequences," he added.

The American Psychological Association (APA) recently reported that "transgender or nonbinary gender identities are normal variations in human expression of gender. Attempts to force people to conform with rigid gender identities can be harmful to their mental health and well-being.”

A lot of countries and cities already banned conversion therapy, but it has to be banned around the world!!!