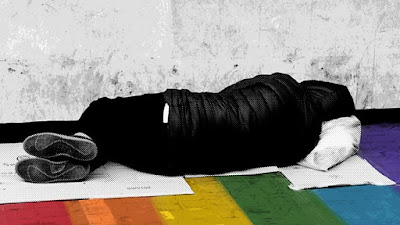 More than half of LGBT people who have been made homeless in Britain have been discriminated against or harassed by people who should be caring for them, according to a new report.

The youth charity AKT surveyed 161 people who have recently experienced homelessness between the ages of 16 and 25, and half who answered said they had feared expressing their LGBT identity to family would lead to them being evicted.

It was already known that LGBT people were disproportionately likely to end up homeless, but the report reveals that almost a quarter (24%) of the homeless population are LGBT-identifying.

Almost two thirds (61%) of LGBT people who had become homeless had first felt frightened or threatened by family, while 16% of those who responded to the survey had been forced into sexual acts by family members beforehand.

The report covered  more subjects and here are some of the headlines:

The findings of the AKT report, gathered over the past five years, paint a stark picture of queer youth homelessness in Britain. The charity says the government and local authorities need to do more to support homeless young people from LGBT backgrounds. 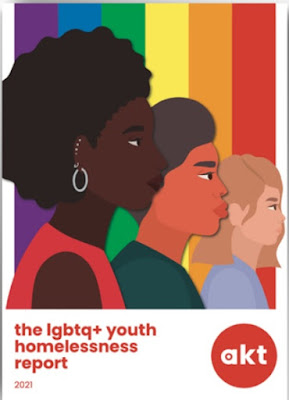