Czech Republic to vote on legalisation of same-sex marriage 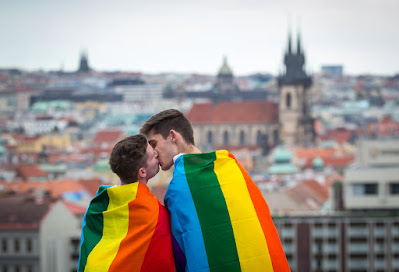 The Czech Republic could become the first former Eastern bloc country to achieve same-sex marriage after MPs passed a new equality law. The new bill was passed in the lower house after being introduced to parliament three years ago delayed by opponents.

That means that the bill can be discussed in committees. The final vote could be affected by an upcoming general election, which takes place on 8 and 9 October 2021.

The new bill would amend the Civil Code to say marriage is between "two persons", instead of "a man and a woman.

Same-sex couples in the the Czech Republic have been able to enter into registered partnerships since 2006. However, the partnerships do not offer full equality on matters such as rights to property and adoption.

The most recent surveys show that a majority of the Czech population, around two-thirds, is in favour of legalising same-sex marriage.