Swiss citizens will have to vote on marriage equality in referendum 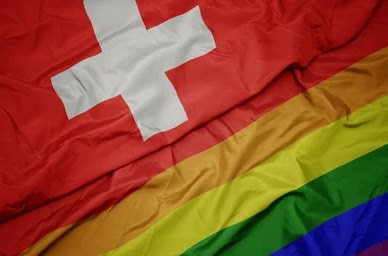 Marriage equality and other LGBT protections were approved by the Swiss Parliament late last year, but a coalition of conservative groups has gathered enough signatures to force a referendum. While the move is seen as a setback by some, a recent poll found four out of every five Swiss citizens support same-sex marriage, and the referendum is expected to confirm the bill and make marriage equality the law of the land.

Legislation recognizing marriage equality had been languishing in parliament for years before it was finally passed in December. Switzerland had previously banned conversion therapy, expanded anti-discrimination laws to include sexual orientation and gender identity, allowed LGBT people to serve in the military, but had not officially approved marriage equality. 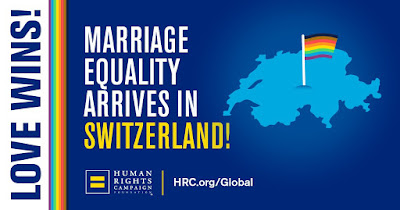