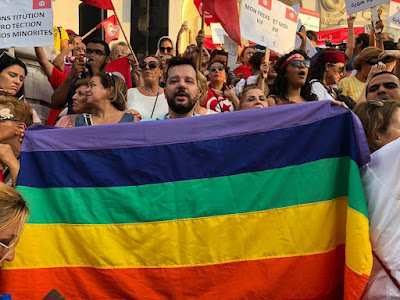 Tunisian LGBTQ activists are demanding change after a series of brutal attacks and harassment campaigns.

Tunisian Association for Justice and Equality President Badr Baabou was subjected to an attack by a police officer and an accomplice, in which he was thrown to the ground and beaten. Baabou claims that the duo justified it because of his "insulting" attempts to file complaints against mistreatment.

"This was not the first time that I had been attacked by a policeman, but I was really surprised. The attack was horrifying," he said. "They aimed for my head...at a moment they stood on my neck. This was very symbolic for me, as if they wanted to reduce me to silence."

After the 2011 revolution that deposed Ben Ali, tens of thousands of officers took advantage of new-found freedoms to unionize. But rights groups say Tunisia's now-powerful police unions enable misconduct while the government turns a blind eye to brutality. "Policemen think that LGBTQ people are weak people, that they can't stand up for their rights. They don't think that we are normal civilians," Baabou told.

Police brutality cases such as Baabou's are not the only thing that many LGBTQ individuals in Tunisia face. They are often denied employment opportunities, face homelessness, and are even outed to the public by posting drone photos of activists online.

Police attacks and other forms of harassment are becoming more public in Tunisia, according to Human Rights Watch researcher Rasha Younes. She said that a "climate of criminalization" around LGBTQ people has led to officers becoming bolder than ever in their methods. "Officers feel empowered to enact whatever form of violence they want, knowing that they will get away with it because the law is on their side," she said.

In the North African country, same-sex relations are illegal and punishable by up to three years in prison under article 230 of Tunisia’s penal code while article 226 penalises “attacks on public morals” and "public indecency". These two articles allow to prosecute and convict people on the basis of their non-normative appearance or behaviour. 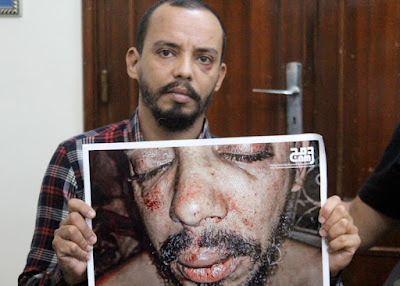