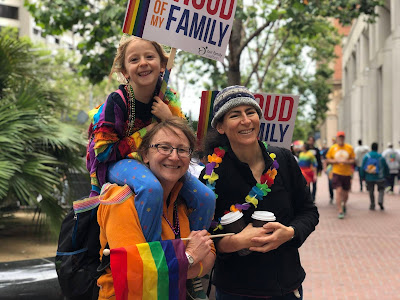 All member countries of the European Union (EU) must legally recognise when two people of the same sex are parents to a child, the Union's top court has ruled.

The move comes after Bulgarian authorities failed to issue a birth certiciate to a child, Sara, born in Spain who has one mother from Bulgaria and one from Gibraltar.

The child’s Spanish birth certificate refers to both mothers as being the parents. However, the model birth certificate applicable in Bulgaria has only one box for ‘mother’ and another for ‘father’, and only one name may appear in each box.

As neither of her parents are from Spain, Sara could not be considered for Spanish citizenship. Sara was also denied UK citizenship as one of her mother's was born in Gibraltar, not the UK.

Local government in Sofia refused to issue the requested birth certificate because of the 'lack of information concerning the identity of the child’s biological mother' and the fact that a reference to two female parents on a birth certificate was contrary to Bulgarian public policy, which does not permit marriage between two persons of the same sex.

The Court of Justice of the European Union ruled: "Child, being a minor and a Union citizen, whose birth certificate was drawn up by the host Member State and designates as parents two persons of the same sex: the Member State of which the child is a national is obliged to issue an identity card or a passport to that child without requiring a birth certificate to be drawn up beforehand by its national authorities".

"It is also obliged to recognise the document from the host Member State that permits that child to exercise, with each of those two persons, the child’s right to move and reside freely within the territory of the European Union."

Bulgaria is pretty conservative in regards to LGBT rights in comparison to other countries in the European Union. Same-sex activity is legal and anti-discrimination laws in employment are in effect, but the country doesn’t recognise LGBT couples and there’s no hate crime laws in regards to sexual orientation and gender identity. Same-sex couples are also unable to adopt and conversion therapy on minors is yet to be banned.