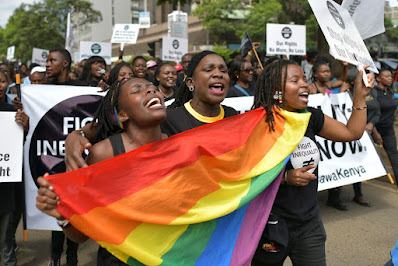 The U.K. House of Commons Library published a report about LGBT rights and issues in sub-Saharan Africa.

Sub-Saharan Africa, encompassing 46 of the 54 countries on the African continent, has some of the world’s most restrictive legislation against LGBT people.

Same-sex sexual acts continued to be illegal in 25 of the 46 countries (54%). At one extreme, in Nigeria’s 12 northern states, the death penalty is the legally prescribed punishment for consensual same sex sexual acts.

In many African countries LGBT people may be stigmatised and excluded from society. Many are forced to hide their identities in fear of their safety.

Across sub-Saharan Africa, legal discrimination is, in part, a legacy of colonial-era laws. Many governments have not taken steps to reform these laws. While enforcement and legal penalties vary, the fact they remain on the statute-books suggests the threat of legal enforcement remains and anti-LGBT discrimination may be tolerated.

Some countries have also gone further in tightening restrictions. In 2021 the the Uganda Sexual Offenses Bill was passed, which includes a clause criminalising same-sex relationships.

Where there are limited legal protections, discrimination can also affect the ability of LGBT people to access health and other services. This can lead to greater inequalities, such as increased HIV prevalence, access to jobs, and experience of hate crimes. 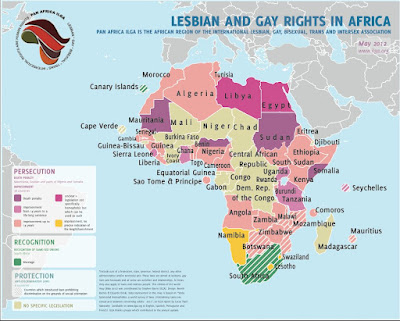 The situation of LGBT rights in Africa