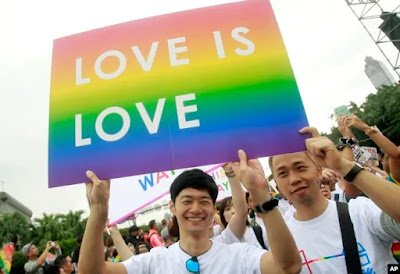 Across the world, gay people have gained many protections with changes in laws and norms surrounding the issue of same-sex marriage, discrimination and equal rights. Global acceptance of the LGBTQ community is on the rise, according to the Pew Research Center.

But that doesn't mean that stigma, discrimination and homophobic attacks have ended. Places such as Poland and Hungary have seen a reversal of hard-won progress, with conservative governments stoking anti-LGBTQ sentiment in the name of family values. In Afghanistan also returned to "dark days" with Taliban. And places like Qatar or Chechnya still are dangerous places for gay people.

But despite setbacks and abuses, several parts of the world have rekindled hope by taking steps this year to advance the rights of the LGBTQ community.

For example, in Asia, the tiny Himalayan kingdom of Bhutan became the latest Asian nation to decriminalize homosexuality this year. Furthermore, Bangladesh elected its first transgender mayor in 2021, Nazrul Islam Ritu,  who beat her rival in a landslide election to become mayor of the small rural town of Trilochanpur in western Bangladesh, where she was born. And another Himalayan country, Nepal, introduced a third gender category in its census this year for the first time, alongside male and female.

In North America, the United States this year saw a restoration of rights related to sexual orientation and gender identity that were rolled back by the previous Trump administration. U.S. President Joe Biden ended a ban on service by transgender people in the military, reversed a policy which previously allowed health care companies to deny coverage to gay and transgender people and signed an executive order against LGBTQ discrimination in education.

Besides, former 2020 presidential candidate Pete Buttigieg became the first openly gay Cabinet member confirmed by the U.S. Senate, and he caused a flutter by going away on parental leave for several weeks after he and his husband adopted twins.

Canada also joined a growing push around the world to ban conversion therapy by passing a bill formally outlawing it.

In South America, Chile passed a historic bill granting equal marriage rights to same-sex couples. The country legalized same-sex civil unions in 2015, and had been eagerly awaiting the legalization of gay marriage since then-president Michelle Bachelet sent a bill to Congress in 2017. Chile joins just a handful of nations in majority Catholic South America with similar laws, they include Argentina, Uruguay, Brazil, Colombia and Ecuador.

On the other hand, in Europe, Switzerland became one of the last remaining nations in Western Europe to approve same-sex marriage; and France passed a law that expanded access to its free fertility treatments, such as artificial insemination and in vitro fertilization to women in same-sex relationships and single women.

Finally, in Africa, Botswana's court of appeal upheld a 2019 ruling that decriminalized same-sex relationships, in what was hailed as a major victory for gay rights campaigners on the continent. In addition, a new criminal code went into effect in Angola. The new penal code scraps a 133-year passage banning same-sex relations, put in place when the southwest African nation was still a Portuguese colony.

Several progress on LGBTQ issues in 2021, but we still have to fight and work around the world to make it a better place for everyone. 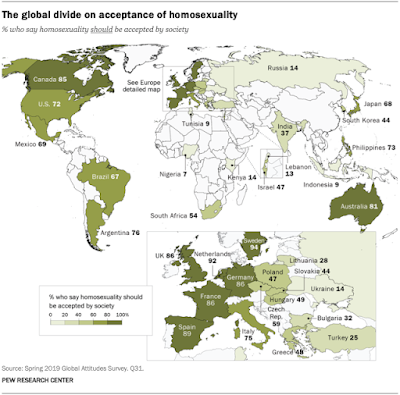 The global acceptance of homosexuality