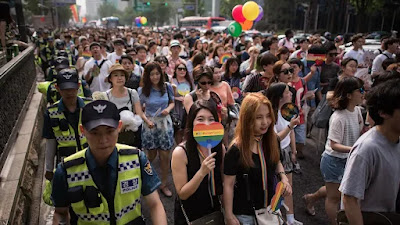 Thousands took part in an LGBTQ festival in downtown Seoul. Heralded as the Seoul Queer Culture Festival, approximately 15,000 people were reported to have participated in South Korea's capital.

The pride festival was celebrated by thousands of gay rights supporters who marched under mass police presence for the first time in three years after COVID-19 forced an extended hiatus of large events.

Counter-protesters and conservative Christian groups rallied in nearby streets as well, holding banners and posters that attacked acts of homosexuality and queer relationships.

Organisers of the Pride festival required photojournalists to take photographs of event attendees from the “farthest possible distance” as well as obtaining consent of all individuals whose faces would be recognisable in images, a standard which is used as a preventative measure to protect festivalgoers from potential backlash or homophobic attacks if their images are found circulating the Internet.

While there has been strides made to bolster support for sexual minorities and the queer community in South Korea, LGBTQ centered discussions are still considered taboo and often subject to hate speech and crimes. The influence of Christian lobbying groups have impacted public opinion and prevented politicians from passing anti-discrimination laws. 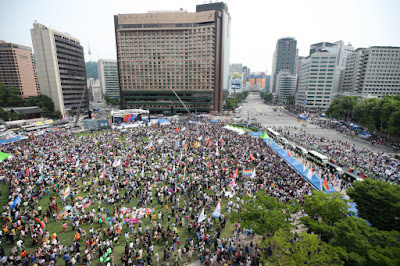