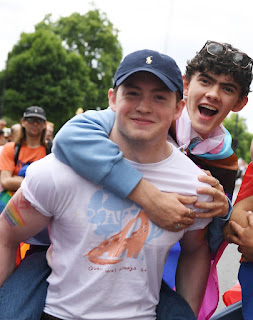 Heartstopper stars Kit Connor and Joe Locke marched together at Pride in London.

The actors, both 18, have been propelled to fame this summer after starring as school-age friends-turned-boyfriends Nick Nelson (Connor) and Charlie Spring (Locke) in Netflix's smash-hit LGBTQ series, based on Alice Oseman's graphic novels.

Connor and Locke were among the million revelers marching in the annual Pride in London parade, where they were seen holding hands, hugging and interacting with fans along the parade route.

This year's Pride in London marks the 50th anniversary of Pride in the UK, with hundreds of thousands of people taking the streets of the capital after 2020 and 2021's events were cancelled due to the Covid-19 pandemic. 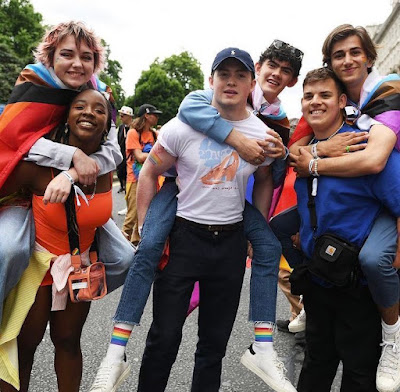