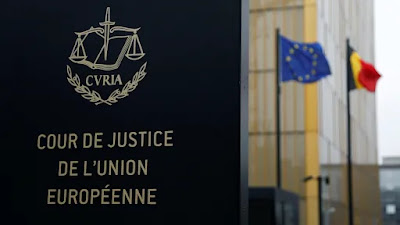 The European Commission decided to refer Hungary to the Court of Justice of the EU over a Hungarian law which discriminates against people on the basis of their sexual orientation and gender identity.

The Hungarian legislation is discriminatory like the 2013 Russian law banning "gay propaganda,” which is a tool of discrimination and harassment.

The lawsuit add to a long list of increasingly bitter standoffs between Hungary’s hardline nationalist Prime Minister Viktor Orban and the liberal core of the EU over human rights and democratic standards.

Touted as protecting children by the government of Orban, who presents himself as a defender of traditional Catholic family values, it was criticised by human rights groups and international watchdogs as discriminating against LGBTQ people and labelled a “disgrace” by European Commission President Ursula von der Leyen.

Gay marriage is not recognised in Hungary and only heterosexual couples can legally adopt children. Orban’s government has redefined marriage as the union between one man and one woman in the constitution, and limited gay adoption.

LGBTQ community in Hungary faces an uncertain future, with legislative attacks and violence reaching a crescendo this year, but activists remain hopeful that could turn with EU institutions help. 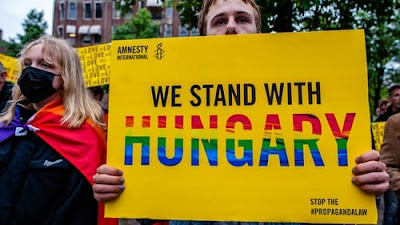 We stand with Hungary!!!